Rory Gallagher was surely the most loved performer in the entire history of Irish blues and rock, almost universally admired for his modesty, his down-to-earth personality, his work ethic and his commitment to his music.

And yet Gallagher had few friends and allowed few people to get close to him. Belfast bass guitarist Gerry McAvoy perhaps got closer than virtually anyone else for he played in Gallagher’s band for twenty years – longer than the blues-rock legend worked with any other musician – through all the most glorious years of Gallagher’s solo career.

But even McAvoy, who now leads Band Of Friends, who play Gallagher’s music, acknowledges that Gallagher was hard to really know. ‘There was this barrier and if you got too close you knew to take a few steps back,’ he remembers. ‘That was the nature of the man. He was very insular, a loner in many ways.’

McAvoy was just a teenager when he joined Gallagher, who had previously made his name with Taste, and virtually middle-aged when he left. His memories of his former boss are fond. ‘It was twenty great years,’ he says. ‘He was an absolute gentleman and a fantastic musician. I think he’s very high up in that hierarchy of guys like Clapton, Hendrix, Beck and Page. And Rory created his own style because there was a lot of Irish in his playing even though he was playing blues, so he was as much an innovator as Hendrix or Clapton or whoever.’ 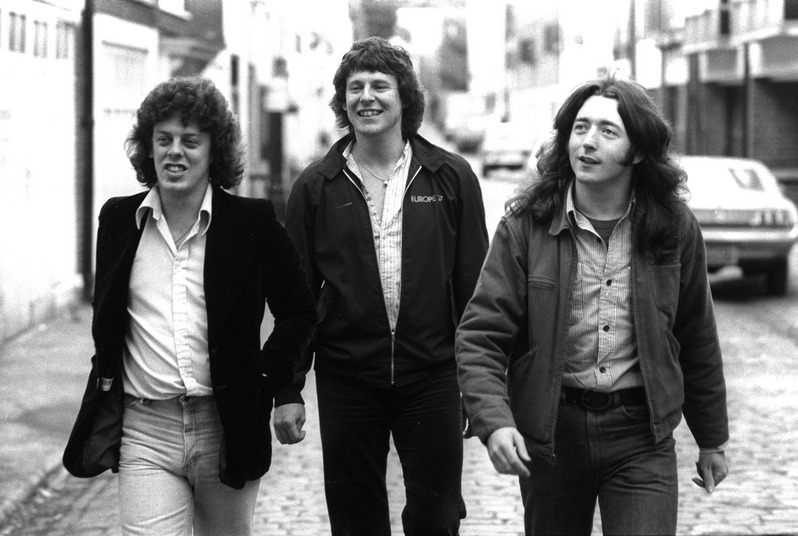 Despite his personal affection for Gallagher, however, McAvoy began to resent how poorly the band were rewarded, financially. He believes that Gallagher’s experiences with Taste, who were catastrophically mismanaged, affected how he treated his players. ‘Rory got his fingers burnt with Taste so that made him over-cautious,’ he sighs. ‘He was very careful with the business side and I don’t think his musicians were treated as well as they could have been.

‘I was only eighteen when I joined Rory and all I wanted to do was to play rock’n’roll and see the world. I didn’t give a damn about money. But in later years it came to the forefront because you end up with a family and things.’

McAvoy also found the musicians underappreciated in other ways. The band members typically didn’t have their photos on the album sleeves, for example, which rankled with them. ‘Yeah, if it had been a fifteen piece band I’d have thought, “Fair enough,”’ he says, ‘but there were only three guys in the band – Rory, myself and [drummer] Wilgar Campbell. And we had enough input into the music to have a nice photograph. Maybe Rory just wanted to be his own man. But it was frustrating because you think, “I’ve made it. I’m playing with Rory Gallagher,” and then you look at the album, but eventually, on the Live In Europe album [1972], we did get our photograph.’

Gallagher achieved his greatest success in the British Isles and Europe. The band also, however, frequently toured America, to great critical acclaim but without quite making the breakthrough to superstardom. Nonetheless, on one American tour, on a bill with Jethro Tull and Robin Trower, they memorably played Shea Stadium, where the Beatles, in their most famous gig, had played in front of 55,000 fans, in 1965. “We were on first on that show and it wasn’t actually a pleasant experience because people were still coming in,’ recalls McAvoy. ‘Rory didn’t like it at all. It’s fantastic to say, 'I played Shea Stadium' but it wasn’t a great experience.’

Much more satisfying were the band’s gigs in Belfast. In that grim time, during the most blood-soaked years of the Troubles, most international acts refused to play in the city but Gallagher loyally played in Belfast every year. McAvoy’s memories of his first gig in Belfast, with Gallagher, are vivid. ‘A couple of bombs went off around the town but nobody cared,’ he says. ‘Everybody just came to see the music and it was an absolutely fantastic atmosphere. The people appreciated us coming and loved it.’

By the late 80s, however, Gallagher was in decline. Over-indulging in prescription medication and alcohol his health began to fail and his musicianship deteriorated. In 1991 McAvoy decided to resign from the band. ‘One of the reasons was the deterioration of Rory and the gigs becoming less successful,’ he admits. ‘But also I was a sideman for twenty years and I wanted to be part of a band again, because I write songs.

‘So I sat down with Rory in a pub in Chelsea and talked about the whole situation and he took it quite well.’

Shockingly Gallagher died in 1995, aged forty seven, from complications following a liver transplant. Meanwhile McAvoy, along with Gallagher drummer Brendan O’Neill, had joined English rhythm and blues band Nine Below Zero. In doing so, of course, he found himself operating at a much lower level than he had with Gallagher. ‘It wasn’t easy but there was a lot of fun involved,’ he says. ‘It was four guys who were equal partners in an adventure.’

Nine Below Zero worked relentlessly, mainly around the European club circuit. Bizarrely, they once toured Bangladesh, courtesy of the British Council. ‘I’ve never seen poverty on that level,’ says McAvoy. ‘But the gigs were amazing. We played one in the garden of the British Council and local musicians were getting up with sitars and all these weird instruments, playing blues with us. It was unique as an experience.’

The band also once backed actor Bruce Willis. The improbable liaison came when Nine Below Zero were invited to play at the after-premiere party in Planet Hollywood for the movie 12 Monkeys, in which Willis starred. ‘He got up and did five or six songs with us,’ says McAvoy. ‘We just jammed really. He’s not the greatest harp player in the world but he knew his stuff.’ 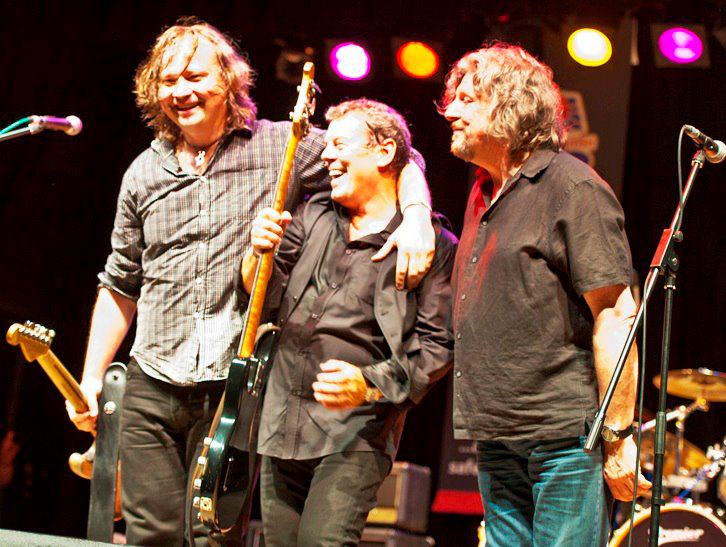 After twenty years McAvoy left Nine Below Zero. Simultaneously he began to re-evaluate and appreciate anew the music he had made during his years with Gallagher. ‘I started to listen to all the albums I’d made with Rory, [which] I hadn’t listened to for a long time,’ he explains. ‘And I thought, 'These songs are great.'

McAvoy resolved to form a band to play those songs. He recruited drummer Ted McKenna, who had worked with Gallagher between 1976 and 1981, and guitarist Marcel Scherpenzeel and the band acquired the name Band Of Friends. ‘Ted’s a great drummer and Marcel’s a fantastic guitar player who’s very passionate about the Rory thing,’ he enthuses.

McAvoy is adamant, though, that the band isn’t a tribute band. Instead he prefers to regard it as a celebration. ‘A normal tribute band would copy the music note for note,’ he says, ‘but the thing about playing with Rory was it was different every night and we try to attain that with this band and play the music our own way.’

The Band Of Friends play the Rory Gallagher International Tribute Festival, Ballyshannon on May 31.